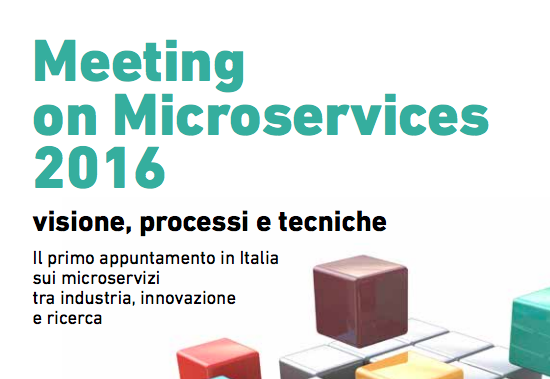 Edition 2016 of the Meeting on Microservices (MoM2016) took place on December 20th, 2016. The event has been mainly organised by ItalianaSoftware, a close industrial collaborator of ACP.

MoM2016 has been the first Italian venue dedicated to IT technologies based on microservices, ranging from practical experiences and applications, to more technical and theoretical aspects. The event has been hosted by Monrif S.p.A., the fifth publishing group in Italy and early adopter of microservice technologies.

At the event, small, medium, and large companies reported their experiences with the adoption and usage of microservices in production. The event also included discussion panels on Industry 4.0 and digitalisation as well as academic presentations. Among these, Saverio Giallorenzo gave a talk on the interplay between microservices and choreographies.