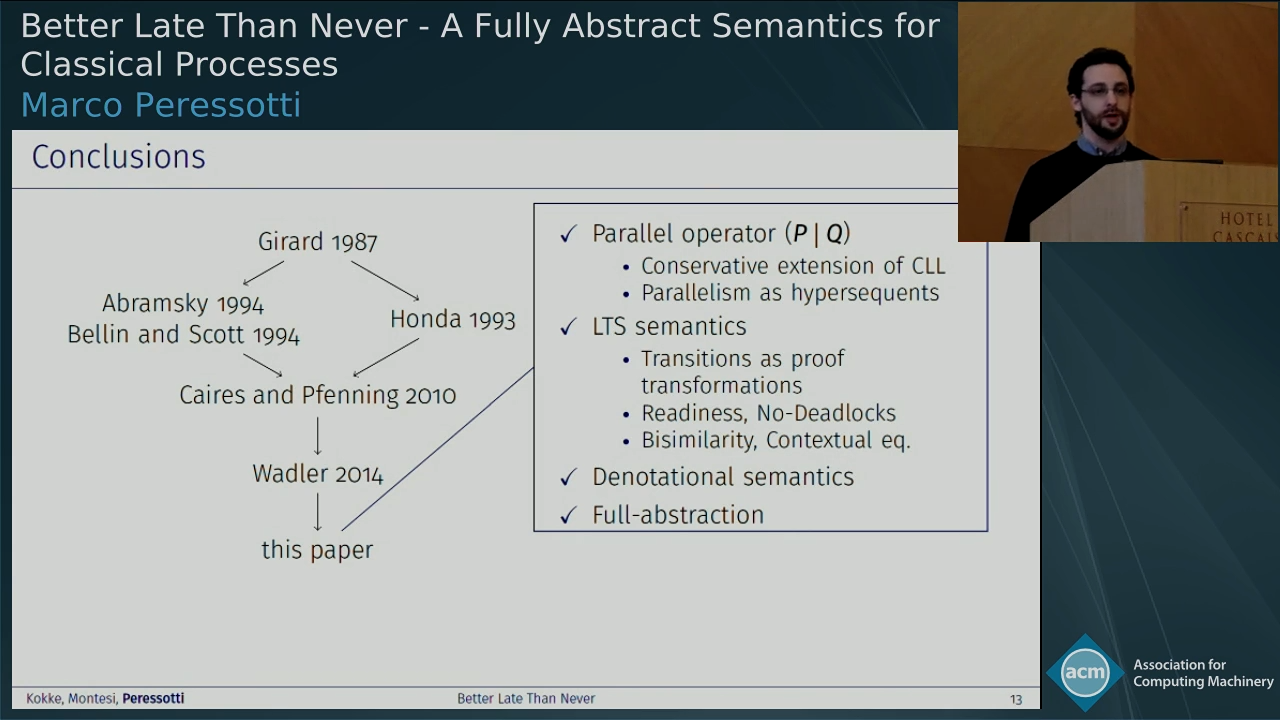 The paper by Wen Kokke, Fabrizio Montesi, and Marco Peressotti introduced Hypersequent Classical Processes (HCP), a revised interpretation of the “Proofs as Processes” correspondence between linear logic and the π-calculus initially proposed by Abramsky [1994], and later developed by Bellin and Scott [1994], Caires and Pfenning [2010], and Wadler [2014], among others. HCP mends the discrepancies between linear logic and the syntax and observable semantics of parallel composition in the π-calculus, by conservatively extending linear logic to hyperenvironments (collections of environments, inspired by the hypersequents by Avron [1991]).