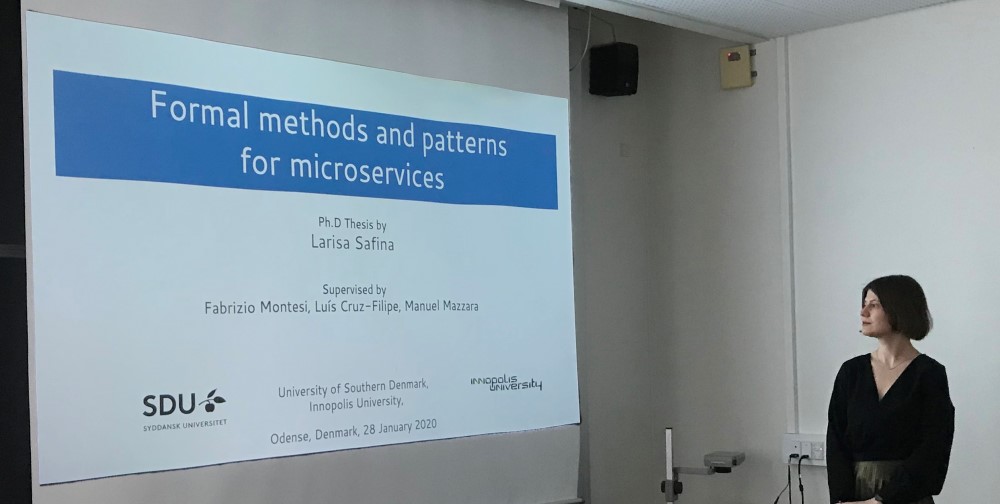 In her thesis, Safina investigates the microservices architectural style, its quality model and formal approaches to data communication and querying. It provides three main contributions. The first contribution is the comparison of microservices against previous engineering approaches and the analysis of their strong and weak sides, which can be exploited for developing solid architecture patterns. The second is the implementation of the choreography extraction algorithm proposed by Cruz-Filipe et al. and conducting the empirical analysis of its performance. Also, some improvements to the original algorithm were investigated. The third is the development of TQuery, a framework for document-oriented queries, inspired by MQuery, the sound variant of the MongoDB query language. TQuery was implemented as a sub-language inside of the microservices-based programming language Jolie.